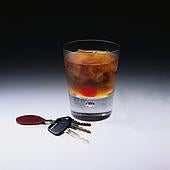 Throughout the years, the courts have taken a more serious attitude against drunk-driving offenders and the laws have gotten much harsher. Today in Alameda, drunk-driving laws are complex and require the skill of an experienced DUI criminal defense attorney to maneuver through all of the complexities in order to prevent clients' lives from being ruined as a result of a driving-under-the-influence (DUI) conviction.

Alameda DUI cases are time-sensitive and do require immediate action to be taken following the initial arrest. Within ten (10) days following an Alameda DUI arrest, the DUI offender or his or her Alameda DUI attorney will need to contact the Department of Motor Vehicles to request a hearing. If a hearing request is not made during this 10-day period, then an automatic suspension of the DUI offender's driver's license will occur 30 days after the arrest.

When it comes to an Alameda DUI defense, it is important to realize that not everything is black and white. Every Alameda DUI case is different and thus, the defenses used by the skilled Alameda DUI attorney will differ from one case to the next. The penalties that are faced by Alameda DUI defendants are dependent upon the factors involved in the case, including whether it is their first offense, whether or not chemical testing was refused, the type of chemical testing that was administered, etc.

Fortunately for Alameda DUI defendants, the burden of proof is on the prosecution. The prosecution must be able to establish that DUI defendants were in fact intoxicated and that their driving was impaired, and that they were in fact “driving.” This is not always an easy task and the prosecution must rely on the arresting police officer's observations and the results from any tests that may have been administered. Because police officers are only human, errors do occur. When these errors are uncovered, then the experienced Alameda DUI lawyer will be able to get evidence suppressed and in some instances, cases dismissed entirely.